The Horsham Week competition has come and gone for another year. Six competition days were flown over the eight days of the competition. Thanks are due to those members and their partners who provided assistance with operations and looking after the domestic arrangements, feeding the troops, cleaning the toilets, emptying the rubbish. The multitude of things that need to be done to make the week the success it continues to be. Once again through the hard work of a small number of people we have been able to add to some much needed income to the club coffers.


So on to some details of the actual Horsham Week operations. There were 9 aircraft competing in Open Class, with Jack Hart from the Beaufort club overall winner. Jack flew a DG400 and accumulated a total of 3942.5 points. Second was Tony Tabart in a Ventus 2c 3889.8 and Aaron Stroop on 3766.1 points in an ASH25.


There were 8 gliders in Sports Class which was taken out by Noel Vagg and June Nakamura in a Janus with 3281.2 points, then John Lee in a Janus on 3041.3 points and third place went to Graig Dilks in a Super Arrow with a total of 2854.6 points.


So there were about 38 gliders for the week. The week was about normal for Horsham Week, some days were good, others not so good, but everyone had a good time all the same.

The following is a summary of the week from Bruce Cowans 'Horsham Week 2007' web site. The tasks flown, the daily results and final results are all available. So go to; http://www.printerschoice.com.au/horsham2007/Results.htm and check out the details of the week.

There is also a photo gallery with over 150 photographs taken during the week, so if you have the time and the band width why not have a look at the people and highlights of Horsham Week 2007. The address of the Photo Gallery is; http://www.printerschoice.com.au/horsham2007/horshamPics/index.html

Saturday 3rd February, competition day 1. A great day for the first day of Horsham 2007. A hot day and a late start, with many not starting the task until 3:30pm with good height. Heights up to 8000' were achieved on task, although distance between climbs was large.

Sunday 4th February, competition day 2. The winds were stronger than on Saturday, with higher temperatures required to achieve good heights in an ever warming airmass. The start was later than on Day 1. A shorter task was set, with good climbs to 7000 feet in the later part of the day. Most pilots had a good day out on task.

Monday 5th February, competition day 3. The day started out very well, with strong climbs to 8000 feet and good wave above that, some pilots started above 9000 feet. A 218km task was set due to an expected cool change in the afternoon and strong winds before that. Unfortunately the change came through earlier then expected and most pilots outlanded, with only a few of open class finishing. An earlier start and longer legs made the difference today!

Tuesday 6th February. A Run Task was set for the day, however due to very strong southerly winds the day was later canceled. The pilots meeting was held instead.

Wednesday 7th February, competition day 4. Conditions were better than on Tuesday, although the winds were still strong. The same task as Tuesday was set. Some high cloud coming across during the day made for interesting flying, however the Run Task was great fun and really enjoyed by all.

Thursday 8th February, competition day 5. Windy again today, this time from the south, and only low altitudes available. The first leg was completed by many not seeing more then 3000' AGL, with broken thermals that were hard to work. Most pilots scratched around the course.

Friday 9th February. Today was simply too windy, and after sports class was launched, the day was canned due to high winds and poor conditions.

Saturday 10th February, competition day 6. The last day of the competition. A Run Task was set into a strong southerly day. There were some cues, which kept Old Bill Hatfield happy! - But the day was cycling fast, and if you got low you were out. It was a day that reshuffled the points table.


So another Horsham Week has finished. Again thanks to all the people who made the competition possible. Lets all look forward to next year. Another chance to catch up with old friends and make new ones.

Posted by HFC Blog Editor at 5:56 pm No comments: 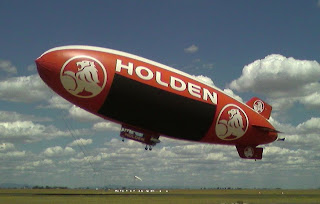 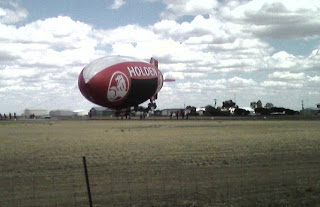 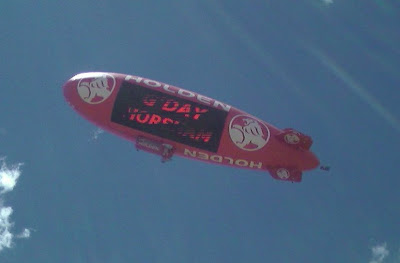 Posted by HFC Blog Editor at 9:00 pm No comments: