We have three new members that have joined over last couple of months.

Jim Ridler who spreads his time between farmering out the other side of Mount Arapalies and working at the mines up near Ouyen. Jim is currently about five hours in to his RAA training with PW.

Roslyn Skinner is a Dentist at the Base Hospital in Horsham, who has joined us to do a bit of gliding. Roslyn has her own powered aircraft, a retractable Tecnam which she flew out from New Zealand.

Marta Najfeld who is Doctor Ziggy's partner and has just returned from Europe. Marta can do just about everything. Gliding Instructing, Commercial Pilot and another tug pilot.

So with a few extra keen glider pilots lets hope that this summer we have a great soaring season.
Posted by HFC Blog Editor at 4:37 pm No comments:

The club's annual Christmas dinner will be held at the club rooms on Saturday 18th December at 7.00pm. Members should gather earlier in the evening to share Christmas cheer over a few drinks. Lorelle will require numbers as soon as possible in order to arrange catering.

Names and numbers attending can be left on the whiteboard in the club rooms or contact Lorelle directly on 03 5382 3833.
Posted by HFC Blog Editor at 4:03 pm No comments:

The club will hold its monthly general meeting at the club rooms on Saturday 11th December at 7.30pm Any apologies and items of business should be directed to the Secretary, Steve Schneider by phone to 0427 315 845.
Posted by HFC Blog Editor at 3:30 pm No comments: 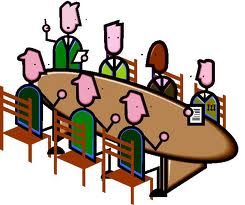 Posted by HFC Blog Editor at 8:07 pm No comments: