This document is a Notice to eligible members (Full Members and Life Members) of a Special Meeting of the Horsham Flying Club to be held at the clubrooms located at Horsham Aerodrome (288 Geodetic Road, Horsham) on Saturday 8th March 2008 at 8.00pm.

This meeting has been called by the Committee to put two Special Resolutions to the members. The full details of the resolutions shall be delivered by surface mail along with a proxy voting form within one week of this posting.

This notice provides at least 28 days notice of the meeting as required under the provisions of the Corporation Act 2001.

Further details about the Special Meeting are available from Michael Hogan on 03 5022 0807.

Posted by HFC Blog Editor at 8:06 am No comments:

Following the success of the course held at Hosham last season, another introductory cross country gliding course is being held at Horsham from Saturday 26th January to Friday 1st February. Coaching is being provided by VSA coaches, David Wilson, Geoff Vincent & Ian Grant as well as Bernard Eckey from South Australia in his high performance ASH25P. VMFG and Geelong GC from Bacchus Marsh are providing two Pawnee tugs as well as, a Janus & Duo Discus. Our Horsham Club’s self launching Janus and the Twin Astir are taking part. Michael Sudholz and Arnold Neiwand are taking part in the course and Max Hedt is helping out both in the air and on the ground.

Each day will include a morning lecture on topics of interest to early cross country pilots, followed by the weather forecast and a flight briefing were tasks will be set. After flying, data loggers will be downloaded, with a flight debriefing held during the evening.

There are about 9 pilots on the course, as well as a number of visiting pilots who are getting in some practice before Horsham Week 2008.

Posted by HFC Blog Editor at 9:38 pm No comments:

The Horsham Week competition is not to far away now. It all begins on Saturday 2rd February. Lorelle needs helpers for the kitchen during the competition week. This is an important task as the kitchen is our major source of funds during the competition week. We need people to help prepare stuff under Lorelle's guidance, dish washers, people to do serving. So come out to the club and see Lorelle. She is very appreciative and the club is most appreciative of any help that can be provided. If you can keep Saturday 9th free. This will be the wind-up night for the competition. There will be an informal dinner, presentation of trophies and their winners as well as fellowship and good fun.

Posted by HFC Blog Editor at 9:35 pm No comments:

As the February monthly meeting falls during Horsham Week there will be no meeting held in February. The next scheduled club meeting will be held at the clubrooms on Saturday 8th March at 8.00pm. All business and apologies should be directed to the Secretary.

Posted by HFC Blog Editor at 9:34 pm No comments: 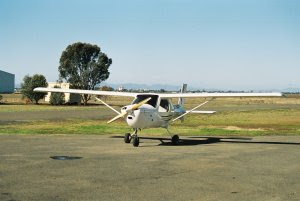 The idea behind the sale is that if we can get our price, we will put in an order for a new J120 which is very basic Jabiru, similar to '0933' in its layout and equipment. But at $58,000 including GST or about $53,000 to the Club (after our GST refund) we would have a brand new, nil time aircraft, at a value that will be very hard to beat. 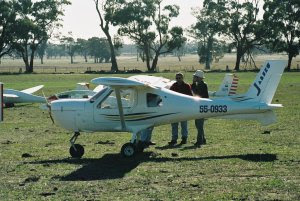 There simply is nothing else on the market at this price along the lines of a small conventional light sport aircraft. The J120 has brought the price of all the second hand Jabs and a lot of other aircraft down already so we are trying to move before the prices come down any further. So if you are interested or know someone who might be interested give Phil Colquhuon a ring on 03 5389 1541.

Posted by HFC Blog Editor at 9:18 pm No comments: