First Photos of Esqual Test Flight
Doug Brooke has been my 'Cub Reporter' for the test flight of Joe Luciani's Esqual VM-1 today. Thank you Doug for your contribution. The test flight was flown by Cliff Banks, CFI of Sun Centre Ultralights Swan Hill. The test flight went well and the aircraft did not require any adjusting when it retuned to the aerodrome. So now Joe can get on with the test flying program. 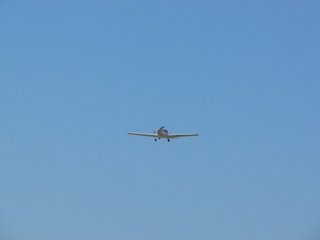 After some time Joe luciani's Esqual VM-1 is finally flying. The Esqual is the first light aircraft built by a member of the Horsham Flying Club to take to the air. 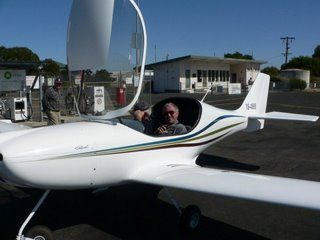 Joe Luciani sitting in the command seat of his Esqual VM-1. By the look on his face I thinks he's happy with the way things have gone. Congratulations Joe. Cliff Banks of Sun Centre Ultalights who was the initial test pilot in in the RH seat 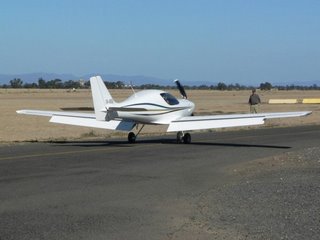 The Esqual taxiing back to the hangers at Horsham Aerodrome today. Note the prominant flaps. 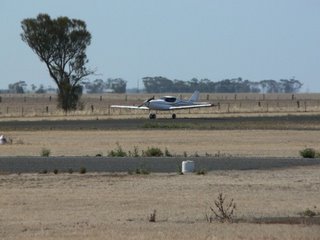