At the recent Christmas get together of club members President Michael Sudholz presented Wayne Jackson with Life Membership of the Horsham Flying Club. Wayne has been a very active club member since obtaining his RAAus Pilots certificate and purchasing his own plane. Wayne is a tireless worker and the force behind many of the upgrades to the clubs facilities. Wayne has also taken up the role of club treasurer. Life Membership was originally going to be bestowed in August at the clubs Annual Dinner, but The State entered another period of lockdown, which lead to the cancellation of the event and a delay in awarding of Wayne’s Life Membership. 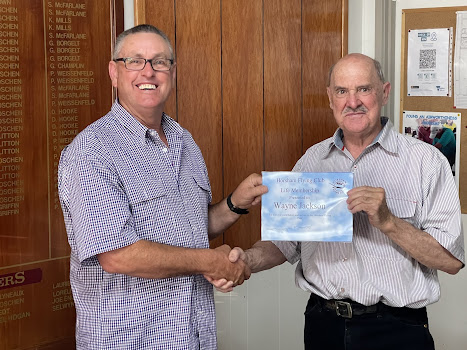